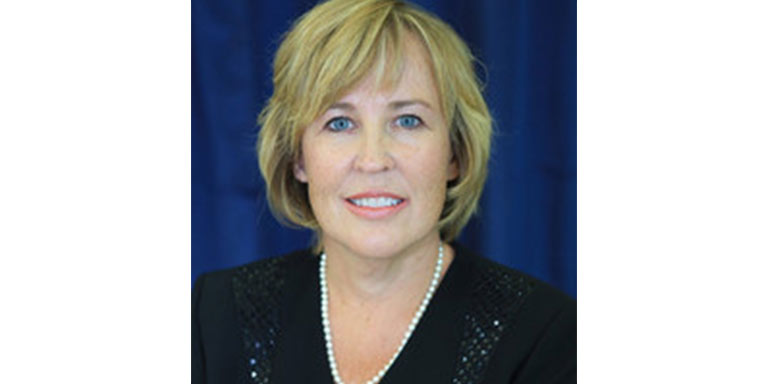 Kimberly Dunn: Woman with a Mission

Every worthwhile endeavor begins with an idea in the mind of a visionary who has the drive to make it become reality. Although Champions Empowering Champions was officially launched at FAU on Sept. 25 when squads came together for the first time, the organization actually traces its origin to a time before that, when it was a dream being nurtured by Dr. Kimberly Dunn.

In the middle of a highly successful career on the faculty of Florida Atlantic University’s nationally respected School of Accounting, Kim felt the need to do something more. She had been involved in the foster care community for years, first as a young child experiencing the emotional upheaval of being temporarily removed from her parents’ home and later as the mother of two boys, Brandon and Caleb, who came to Kim and her husband, Ray, through the foster care system. For years, the thought of doing something to help a larger population of foster children had been on her mind. The question was, what?

The answer came to Kim in the spring of 2018, when she was having lunch with Dr. Evonne Rezler, an FAU colleague. Both knew that the FAU student body includes hundreds of young people who have experienced foster care or homelessness and are struggling to move ahead on their own without adequate family support. This would be the ideal group for an outreach effort. “These students need more than a mentor, they need a champion,” Evonne said. That word – “champion” – stuck in Kim’s mind, and a few months later while at a yoga retreat she wrote a dream statement about creating an organization called Champions Empowering Champions.

From that moment on her dream blossomed with the enthusiastic support of others at FAU, including Joe Murray and Jasmine Moore of the Office of University Advising Services who were already supporting these students through an organization called Educate Tomorrow. Others were quick to jump on board, and soon Kim had more than a dozen allies from the university and the greater community.

The next step was to obtain enough funding to get the organization off the ground. As a longtime College of Business faculty member, Kim was aware of the annual Launch Competition sponsored by FAU’s Tech Runway that offers thousands of dollars in prize money to new enterprises. She put together a proposal so convincing that the judges departed from their customary practice of focusing on businesses aspiring to profit-making status and included Champions Empowering Champions in the 2019 entrepreneurial class. This brought the fledgling organization a $15,000 cash award and a year’s worth of hands-on start-up assistance.

From there, Kim’s dream took off in earnest as a committed advisory board came together and 22 students and 22 community volunteers accepted invitations to join the inaugural squads. There can be no doubt that much more lies ahead. FAU’s Student Champions have just begun to embark upon their journey to academic, career and life success.

Reflecting upon her own experiences and how they inspired her to reach out to others, Kim says: “It is my hope that my story will serve as motivation for each of you [Student Champions] to relentlessly pursue your dreams and know that every challenge that you face in life is for a purpose and can serve you.”

You might also like
One of the following
Forever a Champion, In Memory of Lynn Laurenti (1941-2020)
Donor Spotlight: Charles Hennekens
Volunteer Spotlight: Andrea Reino
Recent Posts
Categories

Squad Nights Off to Great Start

Login to Champions Empowering Champions
Reset Password
Enter the username or e-mail you used in your profile. A password reset link will be sent to you by email.

Thank You For Being A CHAMPION!